We’ve been traveling to Ireland since 1999. In that time I’ve eaten a lot of Irish brown bread and Irish soda bread. Eric’s uncle in Limerick was once a bread man, so over the years, we’ve eaten great Irish bread.

When visiting the Dingle Cookery School we finally learned how to make Irish brown bread. Here, we share our traditional brown bread recipe. It’s not as difficult as one might think. If I can do it, so can you!

What is Traditional Irish Brown Bread? There are two primary types of Irish bread that people are familiar with: Irish soda bread and Irish brown bread. Traditional Irish brown bread is the darker, more dense sister of the of soda bread. They are both what are considered “quick breads.”

Irish brown bread is heavy and dense, more so than Irish soda bread. Irish soda bread is a white bread. Both taste great with warm Irish butter. They are both staples of the Irish diet, even today.

To me, the best Irish brown bread is served as a thick slice, still slightly warm, with Irish butter on the side. Even better? It is served alongside a perfect cup of Irish seafood chowder, which allows me to dunk the crust into the chowder.

How to Make Irish Brown Bread

The reason why I chose to share the Irish brown bread recipe is, in part, because I’ve always been afraid to try baking my own bread. That said, I love warm and fresh bread.

Well, my determination failed me while staying with family. Days wore on, and I had yet to attempt to bake anything other than a box of Betty Crocker brownies (they were tasty though).

When Chef Mark placed the Dingle Cookery School recipe book in front of me, I saw the Traditional Brown Bread Recipe. I started grinning from ear to ear. Once I learned how easy it was to make, I knew I had to share this bit of traditional Irish food. I absolutely love recipes that start with “mix all dry ingredients together.” Done. Simple. Next step.

Add the buttermilk until it reaches a stiff porridge consistency.

There’s no magic time when the bread is ready. You can tell by its weight. If it is heavy and dense, it needs some more time. If you slide a thin knife into the bottom and it comes out clean, it’s done.

That’s it. When it’s done, place on a cooling rack. Slice and serve with creamy Irish butter.

I was so excited to learn how to make Irish brown bread.

Learn How to Make Traditional Irish Food At Home 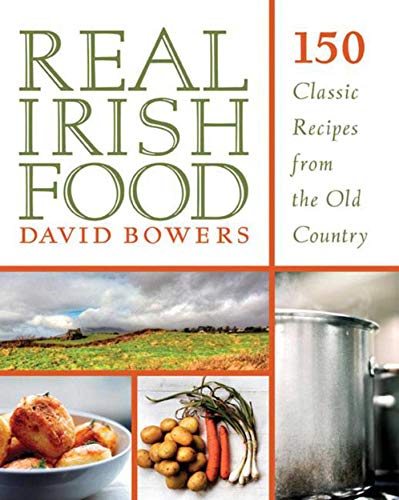 The Dingle Cookery School is just to the west of the center of Dingle, near the Aquarium. Look out for a white sign on the right side of the street heading out of town. The Cookery School offers regularly scheduled Traditional Irish cooking classes, and also schedules special cooking events.

Check out our Ireland Food Travel Guide for more recommendations on what to eat in Ireland.